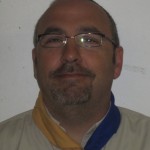 Kaa – Scout Leader – John Lister
Kaa served his Scouting apprenticeship under the Colonel as Assistant Leader for five years and was then promoted (their words – not his!) to Leader when Colonel decided to take on the challenge of knocking the Explorers into shape. In real life, Kaa is a software consultant for a  large consulting organisation in London and, as such, is known for his IT technical support capabilities within the leadership team.
Favourite Scout activity: Summer Camp
Least likely to say: “I remembered the ketchup!” 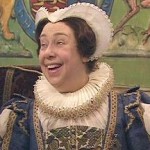 Kim – Assistant Scout Leader – Andrea Wrintmore
Kim has been ably assisting at Broughton Gifford & Holt Scout Group for six years.  She is known for her crafty skills and her unsurpassed knowledge of 101 things to do with a necker. As a midwife in real life, Andi is used to getting children out of tight spaces. (Andi refused to give us a picture – so we couldn’t resist adding this fine shot of Nursie from Blackadder!)
Favourite Scout activity: Knitting
Least likely to say: “Scouting’s for boys” 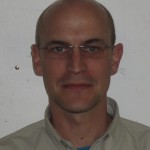 Badger – Assistant Scout Leader – Dean Cavill
Newest member of the team, Dean volunteered to help as an Assistant Leader late in 2013.  Dean tells us he is an engineer at the local cereal factory – we know that he really knits Shreddies!
Favourite Scout activity: Setting fire to stuff
Least likely to say: “Anyone seen my comb?”

Chris started as an Exec member and occasional helper before being “encouraged” to take uniform after helping with the Scouts. Chris spends his time as an Outdoor Pursuits Instructor with many strings to his “bow”. With a love of Bushcraft and camping it was a natural progression to relive his youth.
Favourite Scouting activity: Anything that involves sharp things!

Whistler – Assistant Scout Leader – Georgina Szanto
Joined Scouts in September 2016 after getting fed up with being asked over and over again. She has been a teacher for the last 20 years in various primary schools around the county. Previous scouting time served in her younger years includes Cub Scout Leader and Venture Scout Leader. She is also the proud owner of a Queens Scout Award. A keen walker, she has completed many walks for charities, including 100km non stop.
Favourite Scout Activity: Blowing her whistle.
Most likely to say: “I can do it myself”

Our leadership team is entirely made up of volunteers who enjoy running Scouts meetings and camps! All adult leaders have training and a CRB check, and there is always at least one adult who is first aid qualified.

It could be you!
If you would like the opportunity to do something you’d never thought of doing, while having lots of fun and giving back to the community at the same time, please get in touch – we can always do with more leaders! You don’t have to be an expert in all-things-scouting – the only essential ingredient is wanting to have fun scouting!

No patrols could be found.